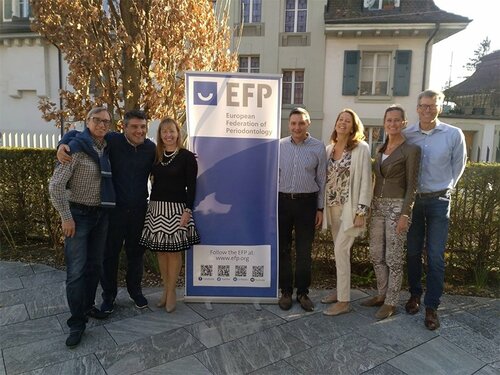 The EFP holds its general assembly on Saturday, March 30 at which its strategy of globalisation will bear fruit with the welcoming of the first international associate members to the federation.

The general assembly brings together representatives of all the EFP-affiliated national societies – at present there are 31, but the number will expand to 37 with the arrival of the periodontal society of Georgia as an associate member along with six international associate members from beyond Europe.

The assembly, which takes place in Bern in Switzerland, will also be presented with a preview of the toolkit on the new classification of periodontal and peri-implant diseases and conditions that the EFP has created to assist clinicians in their daily practice.

Other key topics for the assembly, include:

The assembly also marks some big changes among EFP officers, with both a new secretary general and a new treasurer taking up their roles. Nicola West (UK) replaces Iain Chapple as secretary general, while Monique Danser (Netherlands) takes over the role of treasurer from Jörg Meyle (Germany). Anton Sculean (Switzerland) hands over the one-year presidency to Filippo Graziani (Italy).

EFP goes global with arrival of members from three continents