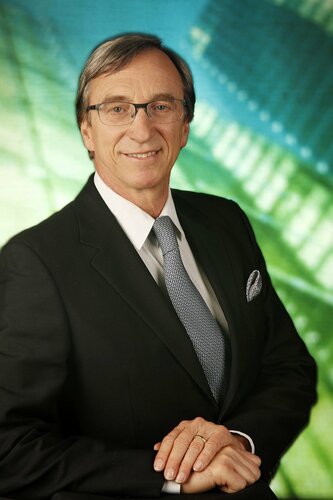 EFP president Gernot Wimmer will address a press conference in Vienna on Friday, May 12 to highlight the importance of European Gum Health Day.

Prof Wimmer will describe the EFP periodontal-health awareness day as “the only international initiative aimed at raising public awareness of periodontology, a branch of dentistry that is already officially recognised as a dental speciality in many countries.”

He will add that event aims to encourage authorities, policymakers, health organisations, and public opinion across Europe “to come to a better understanding of how gum health can improve general health and well-being, and save a huge amount of public money in health expenditure.”

The press conference has been organised by the Austrian Society of Periodontology (ÖGP) and the Austrian Dental Chamber and will be held within the Vienna Dental Fair, which is expected to attract more than 4,000 visitors.

Five more national societies of periodontology have confirmed that they will stage activities for European Gum Health Day 2017, taking the total to 26 of the 30 EFP-affiliated societies. In addition to the 21 societies that had previously announced plans, the Azerbaijani, Croatian, Danish, Polish, and Swiss societies have now unveiled activities to celebrate the awareness day.

Filippo Graziani, EFP co-ordinator of European Gum Health Day 2017, said of the level of participation: “This is truly a major success.”

The Azerbaijani Society of Periodontology (which last month became the EFP's 30th member) will provide free periodontal screenings, send out posters to its members, issue a press release on the importance of the early diagnosis and treatment of periodontal disease, and provide information via social media.

The Croatian Society of Periodontology will offer free periodontal examinations and is providing articles about periodontal disease to news portals as well as an interview on national television that will discuss European Gum Health Day and the impact of periodontitis on general health. It will also promote awareness of periodontal health via its Facebook page.

The Danish Society of Periodontology will provide information to the media about both European Gum Health Day and research carried out at Aarhus University on periodontitis and smoking. Students from the university will be involved in an activity to promote periodontal health at the Aarhus central train station on May 12.

The Polish Society of Periodontology has organised a meeting at the country’s health ministry, at which periodontists from each region of Poland will be represented. It will also host a round-table meeting in Warsaw that will bring together members of the society’s board and professors of general medicine – including cardiologists, diabetologists, and immunologists – to discuss the topic of periodontitis and systemic health.

The Swiss Society of Periodontology is including European Gum Health Day in its Facebook page and plans to write a short article for publication in the magazines Swiss Dental Journal and Zahn Zeitung Schweiz.

European Gum Health Day 2017 is organised by the national societies and co-ordinated by the EFP, which has provided them with guidelines and resources – including logos, posters, and graphics for social media – that can be customised to local circumstances.

It is using the slogan “Fighting periodontal disease together” and social-media activity – fundamental to spreading the key messages about the importance of gum health and its relationship to systemic health – will be co-ordinated under the hashtag “#perioday”.

The 2017 event is the fourth successive year that the EFP and its national societies have held a periodontal-health awareness day on May 12. Each year has seen a significant increase in participation and, according to Prof Graziani, this year’s event has “the potential to reach millions of people throughout Europe.”