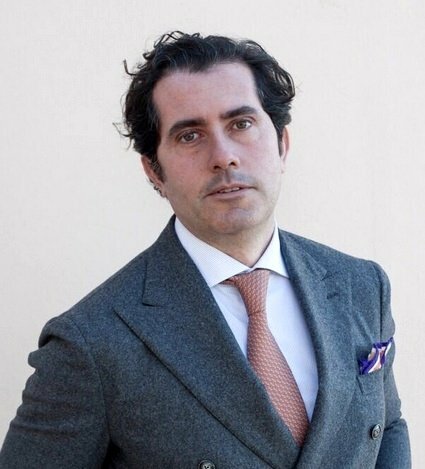 The Perio & Diabetes outreach campaign, launched by the EFP on November 14, is an essential project for the EFP, according to its co-ordinator Filippo Graziani.

The materials produced for Perio & Diabetes, thanks to an unrestricted grant from EFP partner Sunstar, will deliver important information about the relationship between periodontal disease and diabetes to physicians, policymakers, patients, and others.

Prof Graziani, who is also the EFP president-elect, explains the importance of this project.

Q: What are the aims of the Perio & Diabetes project?

A: First, to further strengthen the relation between oral health and systemic health.

Second, to really find the best way to communicate to the different stakeholders the key relevant points about the relationship between perio and diabetes.

Third, to increase awareness in the population, in the medical community, and among policymakers. This should bring resources to periodontology at large in terms of research, clinical activities, and support within the public health system.

Q: Why is this an important project for the EFP?

A: This is a crucial project for the EFP. First of all, we have set up a model of projects with our partners, which we have built up over the last two years – first with Oral Health & Pregnancy (with Oral-B) and then with Perio & Caries (with Colgate). We now know how to deliver a project, how to tackle the different stakeholders, and how to communicate what we do.

This project is important because it is based on true science. It thus increases the authoritativeness of the EFP and gives the EFP a tool to communicate to the public at large – something that we are increasingly focused on.

Q: What are the key messages that the Perio & Diabetes project seeks to communicate?

A: There are five key messages.

First, we want to say that if you have periodontitis you have a chance of showing an inferior glycaemic control.

Second, if you have periodontitis you are more likely to develop pre-diabetes and diabetes. So, you have a greater chance of developing disease.

Third, if you have periodontitis and diabetes, your glycaemic control is likely to get worse.

Fifth – and most importantly – if you have periodontitis and diabetes, the treatment of periodontitis can significantly improve your glycaemic control to an extent that is medically relevant.

Q: The project is based on the Perio & Diabetes Workshop held in February 2017 in partnership with the International Diabetes Federation (IDF). How important was this workshop in terms of updating knowledge?

A: This workshop was very important. Not only because it was an update of the evidence – which had increased dramatically since the 2012 European Workshop in Periodontology on periodontitis and systemic diseases – but also because it involved the medical specialists, from the International Diabetes Federation.

The findings were published not only in our own journal, the Journal of Clinical Periodontology, but also in the official journal of the IDF, Diabetes Research and Clinical Practice, which is a medical journal. There was a mutual recognition between dental and medical specialists. With their help, we wrote some guidelines for medical doctors orienting them towards the dental field. This is unique – it had never happened before!

Q: What would represent a successful outcome for the Perio & Diabetes project?

A: Very simple. A successful outcome would be to have diabetologists and medical doctors seeking periodontal evaluation in their patients, for the media to refer more often to the relationship between oral health and systemic disease, and for stakeholders such as political institutions to include periodontal care within primary care and the prevention and treatment of chronic diseases.

But these are not outcomes that can be measured in a matter of months – they are long-term goals.

Q: How has Sunstar assisted in developing this project?

A: Sunstar has been a tremendous company to work with. They gave us a grant that was unconditional, they actively participated in the workshop (which they also sponsored), and they accepted the outcomes drawn by the scientists.

These projects are fundamental to the EFP. I really believe that the EFP of the future will work more and more with its partners to develop projects like this.