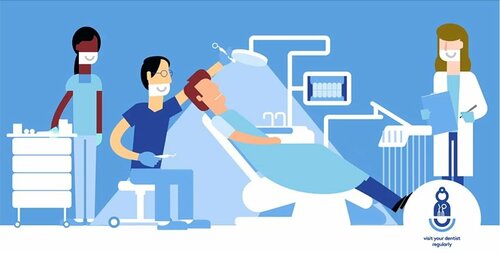 One of the most attractive features of the Perio & Diabetes campaign is a short animated video that communicates key messages in a clear and lively way.

The animation, Perio and Diabetes, explains the links between periodontitis and diabetes and the steps that people need to take in terms of prevention, treatment, and management.

It was produced for the project by Gonzalo Herrero, who also designed two infographics that describe the relationship between periodontal disease and diabetes and periodontal treatment for people with diabetes.

“The animation is crucial because it allows us to bridge science and the general population with a simple yet captivating message and modern language,” said Filippo Graziani, EFP president-elect who is the co-ordinator of the Perio & Diabetes project.

These visual-based resources support the textual material produced for the Perio & Diabetes project in the form of recommendation guidelines, brochures, scientific reports, and FAQs.

The Perio & Diabetes campaign was launched on November 14 – World Diabetes Day – by the EFP in partnership with Sunstar.