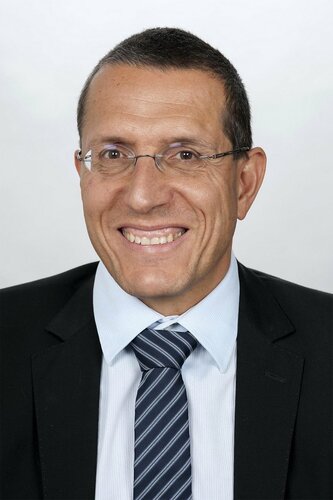 Professor Anton Sculean ended his one-year term of office as EFP president at the general assembly in Bern, Switzerland, on March 30. He reflects on a transformational year that included the biggest-ever EuroPerio congress and the arrival of international associate members from beyond Europe.

“The year of my presidency was a fantastic experience in my professional life. First of all, it was an immense honour and privilege to represent the EFP not only in Europe but also globally. Working with the entire executive committee – and especially with secretary general Iain Chapple, head of operations Sharon Legendre, and European co-ordinator Monica Guinea – has been fantastic. I have not only received great support, but I have also learned a lot.

“An important project that I found extremely exciting was the possibility of actively participating in moving forward the goal set in the strategic plan – namely, the ‘globalisation’ of the EFP. Discussions with representatives of a number of periodontal societies ended with applications from and acceptance of six new international members – Argentina, Australia, Brazil, Lebanon, Mexico, and Taiwan – and this is an additional proof of the global respect and influence of the EFP.

“The acceptance of the six new ‘international associate’ members was announced and ratified at the general assembly and, with their arrival, the globalisation of the EFP definitely enters a new, extremely exciting, phase that offers a unique opportunity to disseminate all the knowledge and information related to the prevention and treatment of periodontal and peri-implant diseases and to spread the EFP philosophy worldwide.

“The year of my presidency coincided with the EuroPerio9 congress in Amsterdam. Being able to represent the federation during the EuroPerio congress was simply an extraordinary experience. With more than 10,000 participants from all over the world and an outstanding scientific and social programme, EuroPerio9 was the most successful congress I have ever attended.

"Another project that we were able to finalise during my presidency was the scientific programme of Perio Master Clinic 2020, which will take place in Dublin in March next year. Together with the local organising committee and congress chair Declan Corcoran, we have managed to attract the best speakers worldwide in the fields of regenerative and aesthetic surgery in periodontology and implant dentistry. I am convinced that this meeting will be one of the best events ever on this topic, offering clinicians a compact update on all topics related to reconstructive periodontal and peri-implant surgery.

“We have also worked very hard on the project about gum health and oral health that was initiated to increased awareness of the value of oral health among elderly people, but which also encompasses all age groups. With a group of international experts, we have developed an app that can be used by patients and professionals to determine their ‘gum age’ and, through this, we can raise awareness of oral health. The app will be validated this summer and presented to the executive committee in October and the next general assembly in Pisa in March 2020.

“In conclusion, the highlight of my presidency was the privilege of leading the executive committee and the general assembly in my own city of Bern. Together with the Swiss Society of Periodontology, its president Patrick Gugerli, and its EFP delegate Dominik Hofer, we were able to organise a very successful meeting, coupled with an outstanding social programme. For me and my team, it was an unbelievable experience to host almost 100 delegates, representing the major part of European periodontal societies, in Bern, Switzerland.

“Finally, I would like to thank all European societies for their trust, it was an immense honour to serve all of you!”