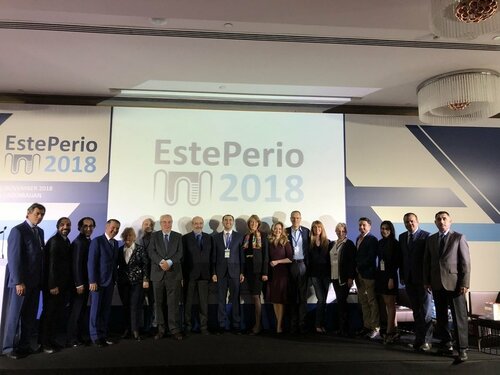 EstePerio 2018, the Third International Congress of Periodontology and Aesthetic Dentistry, took palce in Baku, Azerbaijan on November 9 and 10, with a line-up of top international speakers and around 350 participants.

The congress, organised by the Azerbaijani Society of Periodontology and the Azerbaijani Association of Aesthetic Dentistry, was attended by around 300 national and 50 international dentists, students, and industry representatives from 13 countries.

The two-day event focused on recent advances and prospects in periodontology, oral implantology, and aesthetic and digital dentistry. Topics covered included the new classification of periodontal and peri-implant diseases, soft-tissue management around teeth and implants, new digital technologies for improving aesthetics, and the role of increasing awareness of the impact of periodontal disease on general health.

In addition, the authors of the five best research abstracts – from India, Turkey, and Azerbaijan – were invited to give oral presentations at the congress.

EstePerio 2018 was supported by nearly 20 international dental companies including EFP partners GSK and Johnson & Johnson, which participated in an event organized by the Azerbaijani Society of Periodontology for the first time. The society became an associate member of the EFP in April 2017.

“As this is our first international congress since we became a member society of the EFP in 2017, we have worked hard to organise a very high-level dental congress that meets international requirements,’’ Dr Cavid Ahmedbeyli, president of the Azerbaijani Society of Periodontology and chair of the congress organising committee said at the opening ceremony.

He also informed participants about the society, its national and international activities, and its strategic relationship with the EFP and support for the federation’s projects.

‘‘I was very surprised with the high-level organisation of the meeting, the scientific programme, and the social activities,” said keynote speaker Michele Reners, who was chair of the EuroPerio9 organising committee. “I would compare its level with EuroPerio9 in Amsterdam.’’