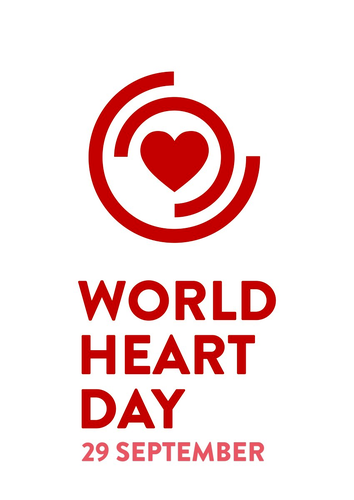 To mark World Heart Day on September 29, the EFP has issued a reminder of the importance of the links between periodontal disease and cardiovascular disease and of the need for dentists and doctors to work together to combat them.

“The evidence that severe periodontitis is a significant independent risk factor for atherogenic vascular disease (coronary artery diseases and stroke) is no longer in doubt, said Iain Chapple, EFP secretary general. “However, the role for periodontitis in the causal pathway of these conditions remains to be proven.”

The EFP is very active in this field and is preparing a workshop in partnership with the World Heart Federation, which will take place in Madrid in February 2019.

Noting a World Health Organization comment that the “estimation of the potential impact of a health hazard can never wait until perfect data is available, as that is unlikely to occur,” Prof Chapple continued: “It is time to explore non-traditional risk factors such as periodontal treatment in cardiovascular disease patients, and this joint workshop with the WHF is a major step in addressing such questions.”

The EFP/WHF Perio & Cardio Workshop will review the latest evidence on the links between periodontal and cardiovascular diseases. Its outcomes are set to be used as the basis of an outreach project with EFP partner Dentaid which is sponsoring the workshop.

The Madrid workshop will build on the ground-breaking work of the 9th European Workshop in Periodontology, an event jointly organised by the EFP and the American Academy of Periodontology (AAP) in 2012.

In relation to the association between cardiovascular diseases and periodontitis, the workshop found evidence in three areas:

The consensus agreement of this workshop was that periodontal disease should be acknowledged as a major public-health issue, that all dental and medical professionals should be provided with relevant treatment guidelines, and that recommendations be given for future research to help clarify these associations and their consequences in terms of primary prevention.

Based on the outcomes of this workshop, the EFP launched the EFP Manifesto: perio and general health, which calls upon all dental and health professionals to act in the prevention, early diagnosis, and effective treatment of periodontal disease in order to combat the devastating oral and general health effects for the individual and society.

The Manifesto can be signed at http://www.efp.org/efp-manifesto/sign.php. To date, it has been signed by 226 institutions and companies, and by 651 individuals.