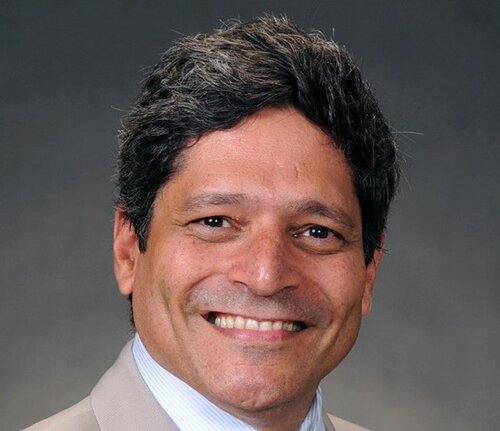 The EFP was saddened to hear of the sudden death of Ricardo Teles, an internationally renowned periodontal scientist who was a regular participant at the EFP’s European Workshop in Periodontology.

The Brazil-born, Harvard-educated Dr Teles died on December 11, aged 50. He was professor and chairman of the Department of Periodontics at the University of Pennsylvania’s School of Medicine, a post he took up on August 15 this year.

“It is with indescribable sadness that the EFP mourns the loss of a wonderful young scientist and an absolute gentleman, Dr Ricardo Teles.

“The world of periodontology and oral microbiology is a much poorer place this second week in December 2017 because of dear Ricardo’s loss. We extend the thoughts and heartfelt sympathies of the global periodontal community to Ricardo’s wife and soulmate Flavia and to his children, whom he thought the world of, Isabella and Victor.

“I write, as secretary general of the EFP, as a long-standing colleague and admirer of Ricardo and his work, and as a friend of over 20 years. Please forgive the personal approach, but Ricardo was a personal friend to a huge number of oral scientists and – above all – a very warm and humble human being, in the genre of his close mentors Sig Socrancky and Anne Haffajee, whom we also lost so recently.

“I first met Ricardo in 1995 at the old Forsyth Research Institute in Fenway, Boston. At the time, Ricardo was – as he was to remain – an inspired, committed, and passionate researcher, undertaking his early training in Phil Stashenko’s laboratory, but with frequent forays into the third-floor Socransky lab, where we enjoyed discussing our studies, exchanging ideas and thoughts, and just having fun. This was one of the richest experiences and periods in what was one of the most influential laboratories in the history of periodontal research.

“Ricardo completed his clinical training at Harvard in 1996 and remained closely connected to Forsyth until 2014, working under his mentors –  the ‘three musketeers” of periodontal research in the 1980s and 1990s, Sig Socransky, Anne Haffajee, and Max Goodson.

“Unsurprisingly, Ricardo’s passion became periodontal microbiology, but he retained a strong interest in the host-microbial interface and in biomarker research in GCF and saliva. He was a stalwart of Forsyth from 2003 and secured a large NIH grant with Flavia in 2014 to investigate the biomarkers of periodontal disease progression. I remember Ricardo’s excitement at the time, not because of the prestige of the award but because it took him back to the natural-history work of Sig, Anne, and Max in the 1980s – but with a contemporary approach to biomarker discovery across a large platform. This was a very important personal connection for him.

“Ricardo and Flavia moved to North Carolina in 2014 and he became vice chairman there in 2015. I must admit to being surprised when we met this year at Penn Perio to hear of the move to the University of Pennsylvania, but it was one that Ricardo and Flavia were very excited about, as it represented a significant promotion and recognition of their work, and chairmanship of the periodontal department.

“It was only this year when we started our first collaboration when Matthew Mason, his student from North Carolina, visited our labs this summer as part of his IADR-Philips research grant award.

“Ricardo was one of the first names to appear on any list of delegates at EFP Workshops, contributing great knowledge and gently challenging any unsafe consensus statements, which helped to ensure a balanced outcome. I shall always remember his passion for periodontal microbiology, his loyalty to his friends, colleagues and mentors, and his commitment to his chosen profession – he cared so much.

“It was wonderful to see Ricardo in Chicago just a few weeks ago at the World Workshop on Disease Classification. We shared some laughs and more serious thoughts about science, but above all we enjoyed friendship and the great community of such events. Ricardo was equally at home with his EFP and AAP friends.

“The periodontal community has lost a very special person this month – and far too soon. The shock and sadness at Ricardo’s loss was so evident from the e-mails flying across Europe to North America and Asia from the great and good of periodontology, united in their grief and their support for Flavia and Ricardo’s family.

“The European Federation of Periodontology wishes to remember Dr Ricardo Teles as a great young scientist, and I wish to remember him as a very special and wonderful human being.”