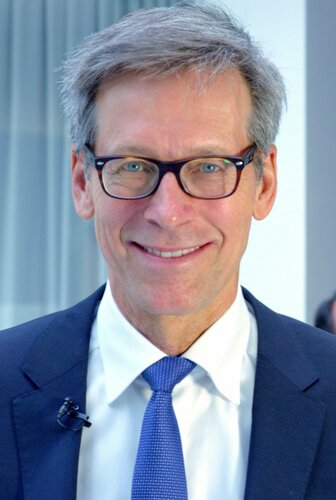 The European Federation of Periodontology gathers for its annual general assembly in Berlin on April 23 in a celebratory mood as it marks the 25th anniversary of its foundation.

The highlight of the weekend will be a special celebration that will be attended by 21 of the federation’s past presidents, including Jean-Louis Giovannoli, the very first holder of this office.

The origins of the EFP date back to a conversation in 1985 between Giovannoli and fellow periodontist Ubele van der Velden, in which they explored the idea of creating a co-operative and united body of European societies of periodontology.

Various meetings took place over the following years to turn this vision into a reality and, at a landmark meeting in Amsterdam in December 1991, the formal constitution and by-laws were sanctioned and the objectives of the federation were formally adopted.

Since then, the EFP has gone from strength to strength and now – with 24 full members and five associate members – it is a world-leading scientific organisation which leads the global conversation on periodontal health.

Among the federation’s many achievements over the last quarter century has been the creation of EuroPerio, the world’s biggest scientific meeting devoted to periodontology. The most recent of these triennial meetings, EuroPerio8, took place in London in June 2015 and brought together almost 10,000 people.

The European Workshop in Periodontology is a world-leading scientific meeting on periodontal science and the EFP’s Journal of Clinical Periodontology is the most authoritative scientific publication in this field with a 4.01 impact factor. The federation’s work in education has also been highly significant, notably through its accredited programme for postgraduate education.

“The last 25 years of periodontology in Europe have been associated with the amazing evolution of the EFP,” says Prof Jepsen. “It has been a privilege for me to serve as president, confident in the knowledge that a project driven by some visionaries at the end of the 1980s is today a solid organisation that is a scientific reference point in the spreading of knowledge, in the improvement of education, in clinical practice, and in the well-being of patients.”

He notes that where the EFP is today is “the fruit of the labours of those who preceded me as EFP president and whom I would like to thank for their contribution and dedication.”

The Berlin general assembly will consider topics including how to increase the visibility of gum health in the international heath agenda and how to improve co-ordination between the EFP and the national societies.

The assembly will mark a number of changes at the top. Iain Chapple takes over as secretary general from Stefan Renvert who has served in this role for the last six years, Tiernan O’Brien replaces Edwin Winkel as chairman of the external affairs committee, and Juan Blanco becomes EFP president in place of Søren Jepsen.

A total of 84 people are expected to take part in the assembly: members of EFP committees together with the presidents and EFP delegates of the 29 member societies. The assembly, which takes place at the Adlon Hotel in Berlin, close to the Brandenburg Gate, is preceded on Friday April 22 by a meeting of the executive committee.