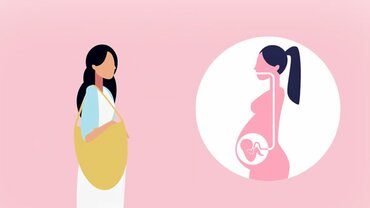 In the latest update to its Oral Health & Pregnancy project, the EFP has released a one-minute animated video that explains the key gum-health issues that affect pregnant women.

With a lively graphical style, the animation explains how women may experience bodily changes during pregnancy that can lead to symptoms including swollen and bleeding gums, pain while chewing, and bad breath.

It notes that if gum disease during pregnancy is untreated it can lead to pregnancy complications and advises women to maintain good oral hygiene and to visit a dentist. The animated video ends with some clear key messages on gum health and the actions pregnant women should take.

The video has been released on the EFP’s YouTube channel in an English-language version and is being translated into Chinese, French, German, Italian, Japanese, Portuguese, and Spanish so that the relevant societies of periodontology can disseminate it via their websites and social-media platforms.

Oral-B, the EFP partner that sponsors the Oral Health & Pregnancy project, will also use its own channels to distribute the new animation, which has been created in a style that is intended to be positive, feminine, and elegant.

The Oral Health & Pregnancy project, launched in November 2017, includes guidelines for dentists, dental hygienists, other health professionals, and for pregnant women. The guidelines were drawn up by leading experts in periodontology based on the results of numerous scientific studies.

Eighteen national societies of periodontology affiliated to the EFP then participated in the second stage of the project, distributing the content in their own countries, including translations of the guidelines and providing the key messages on social media.