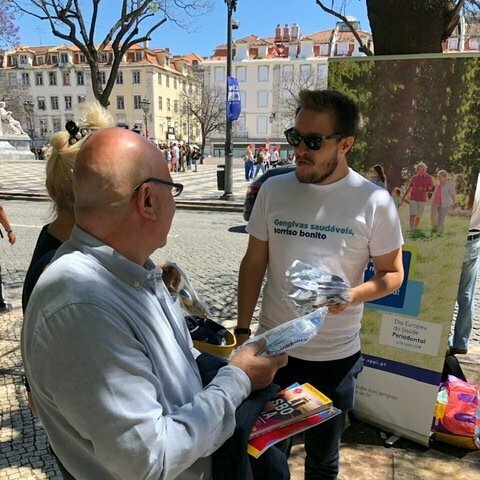 Members of the Portuguese Society of Periodontology and Implantology (SPPI) took to the streets to spread the message of “Gengivas saudáveis, sorriso bonito” (healthy gums, beautiful smile) for Gum Health Day 2019.

The society provided information to dentists via dental magazines and gained publicity in the media to communicate to the general population.

There was also a campaign on gum health at universities and full information about Gum Health Day was provided on the SPPI website and on its Facebook page.