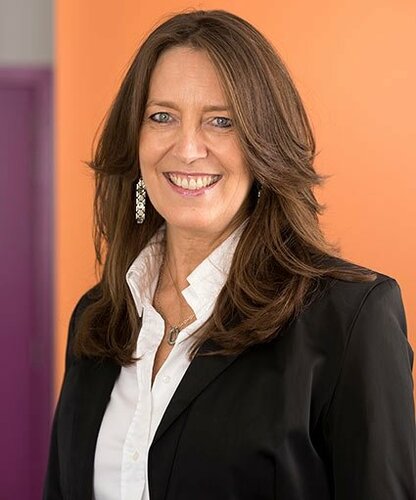 Michèle Reners, chair of the organising committee for EuroPerio9, says that the Amsterdam 2018 congress will be more interactive than previous EuroPerios, with a greater participation from women and young periodontal professionals, and with many innovations in the schedule.

Full details of the scientific programme (the “Second Announcement”), including the names of all speakers, have now been published and can be viewed on the EuroPerio9 section of the EFP website.

Over the four days of the congress, there will be more than 120 speakers from all over the world, all of them experts in periodontology and implant dentistry.

Giving more prominence to women and younger professionals has been one of the main aims of the EuroPerio9 organising committee. “Europerio is the ‘temple’ of periodontology and everybody must have a chance to express their views and to exchange their experience,” says Dr Reners. “For the young generations, it is a unique opportunity to create a network with peers coming from all over the world – and we want to stimulate this!”

There will also be more interactivity than in the past, as the organisers seek to take advantage of new technology. There will be a sophisticated EuroPerio9 mobile application to enable participants to provide feedback and take part in voting.

For instance, the session on treatment planning will present complex scenarios and possible treatment decisions that will be discussed by an interdisciplinary team of experts. Audience members will be able to vote on their preferred treatment plans and then the results will be revealed.

“Many sessions will be equipped with new technologies to promote discussions between the speakers and the audience”, says Reners.

Live surgery and other innovations

As well as the increased interactivity, the programme for EuroPerio9 includes many other innovations.

For the first time at a EuroPerio congress, there will be live surgery. A team of top surgeons will perform live periodontal/peri-implant plastic surgery and then respond to questions.

Another novelty is the debate session where the use of systemic antibiotics in periodontology will be debated by leading experts in the light of the emerging threat of worldwide antibacterial resistance.

While EuroPerio9 will showcase the successes of the periodontal profession, there is also room to look at the failures and the treatments that were not as successful as hoped. This is the role of the “Nightmare session” which features what Reners describes as “the worst cases that we are able to treat and those that we couldn’t treat the way we wanted to.”

The Perio Talks will address the topic of “Periodontal experience and discoveries worth spreading.” The speakers – past and present graduate students at EFP-accredited programmes – will present short talks (10 to 12 minutes) about what has inspired their professional careers (the training programme, research, patient cases, conferences, techniques, experiences, and so on).

Michèle Reners also highlights the joint session on the opening day with the Japanese Society of Periodontology, which will focus on biofilm and anti-infective therapy, and regenerative periodontal and peri-implant therapy.

“There will also be two sessions on the results of the World Workshop on the Classification of Periodontal Diseases, with the people who are responsible for this such as Søren Jepsen, Maurizio Tonetti, and Mariano Sanz,” she notes. “This will be really important.”

It is not just a question of introducing new features into the programme. The organising committee is also very happy to build on the success of previous EFP events – so the “3D session” (which was which was used at EuroPerio7 in Vienna in 2012 and at the Perio Master Clinic in Paris in 2014) will be repeated. In a cinema-style environment, the audience will watch expert presentations of 3D films about regenerative and reconstructive procedures for dealing with advanced periodontal and peri-implant defects.

Learning from the success of other events is also part of the role of the organising committee. In May, Reners was in Malaga for the annual congress of the Spanish Society of Periodontology and Osseointegration (SEPA) – the biggest perio event in Europe outside EuroPerio – and she came back with some new ideas. She was particularly impressed with the SEPA congress’s “espacio integral”, a space where, after the lectures, the speakers can meet members of their audience and continue to discuss the key issues raised in their presentations.

She also highlights the role of the EuroPerio9 Ambassadors as a channel to reach people within each of the 30 EFP-affiliated national societies. “The ambassadors play a key role in promoting EuroPerio within their own countries,” she says. “They all have their own specific targets and plans to stimulate their compatriots to come to Amsterdam.”

Building on the success of EuroPerio8

EuroPerio8, which took place in London in June 2015, is a tough act to follow. This was by far the biggest-ever EuroPerio with almost 10,000 attendees from 115 different countries.

The EuroPerio9 organising committee expects to exceed the numbers from London for several reasons.  The RAI Amsterdam centre is a large venue and it is very well located, close to Schiphol Airport, one of the biggest hubs in Europe. Amsterdam is easy to reach by plane and train and, as Reners points out, “it is also a cheaper city compared to London.”

Of course, EuroPerio congresses are not all about work and the social programme has always been a key element.

“The social programme has been really fun to organise, and the Dutch Society of Periodontology is really helping us and looking for nice places and good entertainment,” she says.

“Following the huge success of the Congress Party in London, we are going to hold a similar event here. And the location – very close to RAI Amsterdam – is absolutely amazing!” The Congress Party will take place at Strandzuid, which she describes as “looking like a beach in the middle of the city – it has just been renovated and the atmosphere is very relaxing.” The official Congress Evening on the final day takes place at Beurs van Berlage, a listed building in the centre of the city which was formerly the stock exchange and trading centre of the Netherlands.

Summing it all up, Michèle Reners says: “I think that the combination of the location, the scientific programme, and our communications plans will create a very interesting meeting. Even if there are many people, everybody can have the benefit and experience EuroPerio in a good way.”