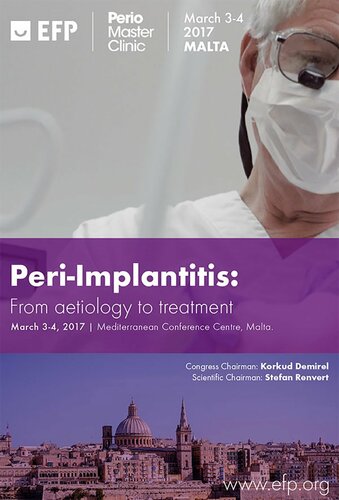 The EFP celebrates today its official twenty-fifth birthday. On December 12 and 13, 1991, at a meeting in Amsterdam, the federation’s constitution and objectives were formally adopted.

This meeting was attended by representatives from nine of the 11 national perio societies that were the founding members of the EFP.

The original constitution set out that there would be one representative from each member society, and that each society would have one vote. A president would be elected annually, while the general secretary and treasurer would serve three-year terms.

This foundational meeting also took decisions that would lead to the first of the EuroPerio congresses, which took place in Paris in May 1994.

Over the last quarter century, the federation has become a world-leading source of knowledge about periodontology, organising the biggest and most important congresses and workshops in this field and publishing one of the most respected journals within dentistry.

Earlier this year, the EFP’s Perio Insight magazine asked members of the executive committee and the presidents of the national societies what they considered to be the organisation’s main achievements over the last 25 years.

The triennial EuroPerio congresses, the Journal of Clinical Periodontology, and the EFP’s work in education – particularly its postgraduate programme – topped the list.

“EuroPerio is a good reflection of the unity that exists between European countries. The world biggest perio event became a must,” said Michèle Reners, chair of the EuroPerio9 organising committee.

EFP secretary general Iain Chapple highlighted “the incredible growth and success of EuroPerio, the largest and highest quality perio congress in the world” and the “global impact of the European Workshops in Periodontology.”

Juan Blanco, EFP president, pointed to the consolidation of periodontal education across Europe and the role of the EFP’s education committee, which “has done a fantastic job over these last 25 years”, particularly in the postgraduate area where the accredited programmes have helped create “a common and high-level periodontal education in the whole of Europe.”