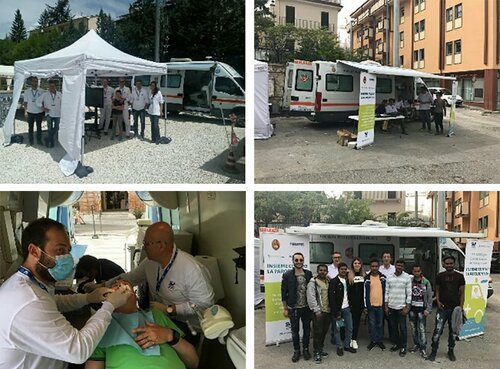 It was this zone that the Italian Society of Periodontology and Implantology (SIdP) targeted with an imaginative activity to celebrate European Gum Health Day.

On Friday, May 12 and Saturday, May 13, the SIdP sent dental ambulances carrying periodontal teams to four of the places affected by the earthquake:  L'Aquila, Norcia, San Severino Marche, and Civitella del Tronto.

The teams provided free periodontal screenings and handed out information about gum health to the local population.

The society had previously published an animated video to describe its plans for providing periodontal care via ambulances and to communicate key facts about periodontal disease.