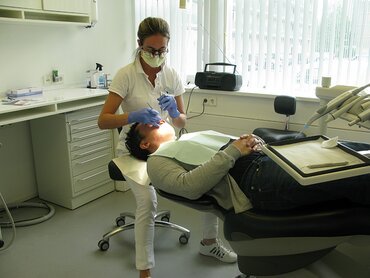 The Dutch Society of Periodontology offered a free “walk-in hour” at periodontal practices and university departments across the Netherlands, where patients were given periodontal screenings and information about periodontitis.

People who turned up for the screenings (using the DPSI score) were given leaflets that explained periodontal disease and the screening test.  They were also given toothpaste and toothbrush heads for electric toothbrushes.

As well as sending a press release to the Dutch media, the society also made a promotional film about European Gum Health Day, which it distributed via social media.

This film and the promotional material given to the public were sponsored by Oral-B.