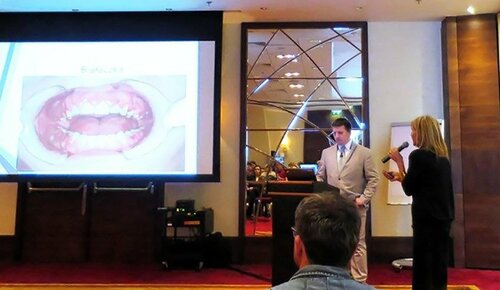 The Polish Society of Periodontology staged two events to mark European Gum Health Day on May 12.

It took part in a meeting involving regional consultants in periodontology and Poland’s minister of health, which discussed the treatment procedures that are included in the country’s national health fund.

The society also held a press conference, at the Marriott Hotel in Warsaw, focused on the links between periodontal and systemic health.

Their presentations covered the influence of periodontal disease on the course of diabetes mellitus, acute cardiac syndromes, and their complications.

The results of epidemiological studies in Poland showing that periodontal diseases represent a serious social problem were also presented at the press conference, which was attended by more than 30 journalists.

Already one item has appeared in a medical journal and several interviews were carried out, so more press coverage is expected in the coming days.