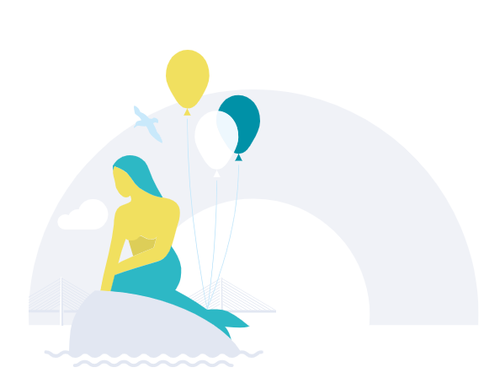 The scientific programme for the EuroPerio10 congress, which will take place in Copenhagen in June next year and bring together leading researchers, clinicians, and academics from all over the world, has been announced.

There will be wide variety of formats – including live surgery, debates, interactive sessions, video sessions, and symposia – and sessions tailored for different audiences from academics and specialists to clinicians and hygienists. Several sessions will be devoted to the EFP S3-level clinical practice guideline for the treatment of periodontitis stages I-III and the forthcoming guideline on stage IV.

EuroPerio10 will take place at the Bella Centre in Copenhagen from June 15 to 18, 2022, with a programme drawn up by a team led by congress chair Phoebus Madianos, scientific chair David Herrera, and treasurer Nicola West.

There will be two live-surgery sessions. The first of these, focussing on soft tissues around teeth, will feature one surgery performed by Ion Zabalegui (Spain) and another by Massimo de Sanctis (Italy), in a session chaired by Otto Zuhr (Germany) who will also moderate the subsequent debate.

The second live-surgery session will feature vertical bone regeneration in the posterior mandible, performed by Istvan Urban (Hungary). This will be followed by a scientific session on the topic, moderated by EFP president-elect Andreas Stavropoulos, featuring contributions from Mauro Merli (Italy) and Cecile Gjerde (Norway), together with Dr Urban.

Adopting a format pioneered at EuroPerio9 in Amsterdam, there will be “nightmare sessions” in which clinicians will discuss some of their most difficult treatment scenarios. There will be two such sessions in Copenhagen, one focused on periodontitis (chaired by EFP president Lior Shapira) and the other on dental implants (chaired by Adrián Guerrero, Spain).

Several symposia will take place during the congress, aimed at different audiences:

In addition to sessions on periodontal and dental implant sciences, there will be multidisciplinary sessions, which David Herrera said were “crucial to understanding periodontal sciences”:

Finally, added Prof Herrera, “Both the opening and closing sessions will be outstanding, both from the scientific and the format perspectives.”

The programme can be consulted online. Registration for the congress and abstract submissions are due to open in September.

In the meantime, the EuroPerio Series of online interactive sessions will be launched on Saturday 5 June, followed after the summer by seven sessions on the second Monday of each month, starting on September 13 and running until March 11, 2022.

These interactive sessions bring insights from previous EuroPerio congresses and from the sister EFP event, the Perio Master Clinic. The series focuses on active engagement and interactive content to encourage professional discussions and scientific exchange between experts and the wider periodontal community.