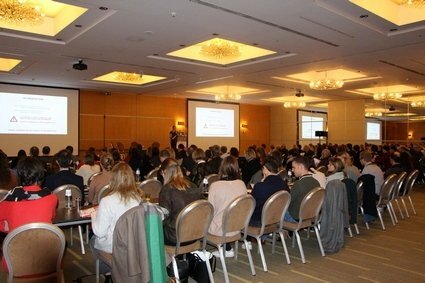 The Belgian government has approved legislation that gives official status to dental hygienists for the first time.

The legislation, published on March 30, follows a lengthy campaign for official recognition of the role of dental hygienists in which the Belgian Society of Periodontology has played an important role.

“As a society we have been lobbying the ministry of health to have dental hygienists recognised in Belgium for over 10 years, often countered by dental associations,” Peter Garmyn, president of the society, explained.

Until now, periodontists in Belgium have often delegated most maintenance therapy to referring dentists (often causing some resentment) or they have employed general dentists within the periodontal clinic to perform only maintenance and prevention work.

Others have employed self-trained staff to perform relatively simple tasks (such as taking impressions and x-rays, polishing, and prophylactic cleaning) – an approach that was widely tolerated although, strictly speaking, illegal.

In 2013, the Belgian Society of Periodontology organised a conference under the heading “Belgian Hygienists: where are we today?” to which it invited not only periodontists, but also government representatives, dental societies, and hygienists from Canada, the USA, and the Netherlands.

“We feel this had a major impact on the debate and the politicians became more convinced of the evidence-based benefit of working with hygienists,” said Dr Garmyn.

The government subsequently approved a three-year bachelor’s degree education for dental hygienists, and courses started in Flanders (at universities in Ghent and Leuven) in 2016. A similar course in Wallonia will start later this year at the University of Liège.

However, there remained confusion over the legal status of hygienists and how those who graduated from these courses would be integrated into dental clinics. Second-year students were urged to start working in clinics, but there was no legal framework to enable this.

A few weeks before the law was approved, on February 24, the Belgian Society of Periodontology organised a conference under the title “The Dental Hygienist: a new partner in the dental team,” attended by 80 dental-hygienist students (who had been invited for free). The event attracted press attention including an interview on national television, which enabled the society to emphasise the need for hygienists in Belgium.

Pressure increased on the ministry of Health until the new law was eventually introduced.

The law enables qualified hygienists (those who complete the three-year degree) to perform the DPSI (Dutch Periodontal Screening Index), to carry out both supra- and subgingival cleaning, to apply wound packs, to make mouth guards, to apply topical agents (such as fluoride and chlorhexidine), to set up a prevention plan, and to carry out dental procedures under the supervision of a dentists or oral surgeon.

“The Belgian Society of Periodontology is very happy with this new law and is proud to have played an important role in the process,” said Garmyn.

The new Belgian law brings the total number of European countries (in the European Union or European Economic Area) that recognise dental hygienists to 26.

According to the European Dental Hygienists Federation, in the other 25 countries, there is either regulation by law and a protected title of dental hygienist (13 countries) and/or a bachelor’s degree course (13 countries).