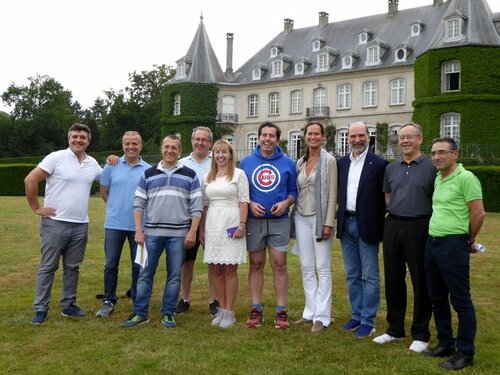 The two-day meeting of members of the EFP’s “core” executive committee to review strategy and draft a new strategic plan was described as “very effective” by federation president Filippo Graziani.

The meeting in Belgium on July 17 and 18 included a review of how the current strategic plan (2017-2021) is being implemented and a “brainstorming” meeting on the  key issues that the EFP faces, which will help in the creation of the next five-year strategic plan.

Among the topics discussed were:

“It was a very effective meeting in which the core EC worked as a team to highlight the actions to implement in the coming years,” said Prof Graziani.

"The strategic meeting was very successful," added Prof West. "The time was well spent assessing our objectives and developing our strategic plan for the next five years. We are well on track for ratification of the plan in 2020."