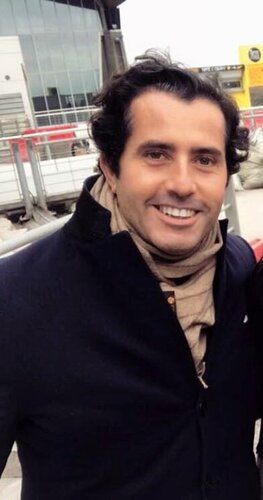 The three finalists for the EFP Research Prize in Periodontology, which will be awarded at the EuroPerio9 congress in Amsterdam on June 22, have been selected.

A record number of 19 manuscripts were submitted for consideration by the jury – on previous occasions the highest number of submissions for the prize (formerly known as the Jaccard Prize) was 10.

"I would like to take the opportunity to thank the members of the jury, who had the most difficult task of selecting the three finalists, setting up a very exciting final oral competition in Amsterdam, which promises to be one of the highlights of EurPerio9."

“This is, without doubt, the most exciting and impressive set of entries to the Jaccard Prize in my experience,” added Prof Chapple. “It was exceptionally hard separating papers and ranking them because any one of the top 10 could have won this prize in previous years. There are one or two gems that I believe will become classic landmark papers in a very short time. I congratulate all entrants.”

The finalists will present their work to the jury at a special session at EuroPerio, which is open to all, on Friday June 22.  There will be oral presentations of 20 minutes, followed by 10-minute discussions.

In reaching its decision, the jury will apply five sets of criteria: significance for periodontology, innovative character, scientific quality, quality of the paper, and the quality of oral presentation.

The winner will then be announced and will receive a prize of CHF10,000 (€8,450) together with a certificate.

At its recent general assembly in Vienna, the EFP awarded its EFP Postgraduate Research Prize.

The first prize was awarded to Chryssa Delatola, Bruno G. Loos, Evgeni Levin, and Marja L. Laine from the Department of Periodontology, Academic Center for Dentistry Amsterdam (ACTA) for the paper “At least three phenotypes exist among periodontitis patients”, published in the Journal of Clinical Periodontology in November 2017.

The aim of the EFP Postgraduate Research Prize is to promote graduate research at the EFP-accredited postgraduate programmes in periodontology.