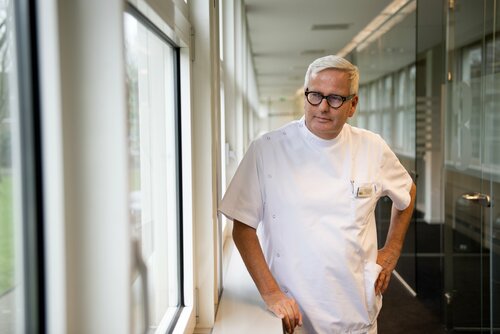 After six years as chairman of the EFP’s External Affairs Committee, Edwin Winkel is standing down and handing over to Tiernan O’Brien. He tells Perio Insight about the challenges he has faced as the first chairman of a committee whose importance has grown but whose remit has perhaps not always been clear. He explains why a new focus – and a new name for the committee – is now needed.

Edwin Winkel may go down in history as the first and only chairman of the EFP’s External Affairs Committee (EAC). He stands down on April 23 at the General Assembly in Berlin, which will be asked to approve changing the name of his committee to the Communication and Co-ordination Committee.

When it was set up at the EFP’s General Assembly in Ljubljana, Slovenia in February 2010, the committee was given four main tasks:

Since then the committee’s work has expanded and the number of members, including the chairman, has increased from three to six.

“There was no External Affairs Committee. I started it from scratch. I started with two great people – Tiernan O’Brien and Joanna Kamma – as the partners in crime, so to speak. This was a very good thing. It’s like when you start a small company and everybody knows each other very, very well so you know exactly the tasks which are involved. We started with a limited amount of people and this was very important.”

Assessing the committee’s achievements over the last six years, Winkel highlights an increasingly professional approach to communications, the imminent launch of a revamped website, the creation of monthly newsletters and quarterly bulletins, the activity in social media (the EFP’s presence in Facebook, Twitter, LinkedIn and YouTube), and the new ‘Perio Insight’ section of the website which will offer in-depth interviews and analysis, with a focus on science and clinical practice.

He also draws attention to the creation of a new brand and visual identity for the EFP, to the co-ordination of communications so that messages are consistent, to the provision of clear guidance to professionals and patients based on the consensus findings of the EFP’s European Workshop in Periodontology, and to the development and dissemination of the EFP Manifesto.

“Today, in my mind, we have professionalised the whole content machine. I like very much that the website is continuously improving and this will never stop. I like the way we have disseminated the work of the Workshop and the fact that the External Affairs Committee did the new branding of the EFP, which will hold for many years.

“We have done an enormous job in six years. And that’s not me – it’s the whole group. We have a very powerful group of people and it’s incredible that they have dedicated so much time to the external affairs committee. The great thing with the committee is that you trust each other and you give freedom to each other to do the things which you think are important. As a chairman, you are on the side line, you try to stimulate, you try to find direction. I am absolutely proud and happy with what we did the last six years. This group has been absolutely fantastic.”

Having said that, Winkel notes that the committee was asked at times to do too much, including work that he believes properly belongs to other parts of the federation.

“The problem with this committee is that we were used a little bit as a garbage can. You know, everything was at a certain stage the External Affairs Committee, everything was more or less external affairs. And this was difficult for us to work with.”

What is the real role of the committee?

For instance, the committee says that its role is not to plan strategy, not to liaise between the EFP and other institutions, and not to act as an executive decision-maker,

“The overall external communications with non-EFP national societies, with the WHO, with the EU institutions, patient platforms, companies, this kind of thing – this is NOT what we should do as an external affairs committee,” says Winkel.

He gives the example of the June 2015 meeting between an EFP delegation and members of the European Parliament. “This was activated by the EAC, but this should not be an action of the EAC, this should be more the responsibility of the president and the secretary general – it must be on that level, instead of the level of the EAC.”

Similarly, the work on promoting the recognition of periodontology as a speciality – which was part of the committee’s original remit – really belongs elsewhere.

“We have learnt that the overall strategic planning should be done at the Executive Committee level. We can help with the operational level as an external affairs committee, but the strategy itself should be coming out of the executive committee. Our main goal is the internal communication within the EFP between the committees and between the EFP and the national societies. If you look at it properly, it’s internal rather than external communications!”

A key development was the hiring of Nítida Branding, which has worked as the EFP’s communications partner for the last four years, having previously worked with SEPA, the Spanish society of periodontology. As well as leading the creation of a new brand identity for the federation, Nítida puts together the EFP’s newsletters and bulletins, writes the news items on the website, manages the EFP’s social-media accounts, and organises press conferences and other media activity.

The model here is a “single, efficient workflow” where members of the committee and members of the Nítida team work hand in hand with shared goals. “I think it should be run by professionals and that the amateurs like me should be involved in the major decisions and in working from the side lines,” says Winkel. “It’s impossible to run the show with amateurs alone. So you need people who are trained in this field, and this is what Nítida and others bring us – they help us grow to become a more professional organisation.”

He draws an analogy with the EuroPerio congresses, where the EFP now works with the conference organiser Mondial. “I was the treasurer of EuroPerio1 and when we started there were no connections with the industry, there was no registered EFP. We had to sign contracts personally. We did everything on our own. It was 100% amateur.  Then we turned it over to a professional organisation.”

After standing down as chairman of the EAC, he is looking forward to being able to spend more time working with the International Association for Halitosis Research (IAFHR), which was launched last June and of which he is the founding president. “So far, I haven’t really had the proper time to work on it, but I will take this up now and build it into a more global thing.”

Edwin Winkel describes himself as someone who “likes to start up things” and says he is proud to have started the EAC, which he now leaves in the hands of Tiernan O’Brien. “I am sure that Tiernan will take over in a very, very nice way – he’s a great man to do the job.”

Professor Edwin G. Winkel DDS PhD is a professor at the department of periodontology, University Medical Centre, Groningen, in The Netherlands. He graduated as a dentist at the University of Groningen in 1980 and received his PhD from the University of Amsterdam in 2000 for his thesis on ‘The Use of Systemic Antibiotics in Periodontitis Patients’. From 1982 until 2002 he worked at the Department of Periodontology at the Academic Centre for Dentistry Amsterdam and was involved in a longitudinal epidemiological study (15-year follow-up) among Indonesians with no regular dental care (‘The Java Study’). As a founding partner of the Kliniek voor Parodontologie Amsterdam (KvPA) [Clinic for Periodontology Amsterdam], he has specialised since 1985 in periodontology and implants. He started the first halitosis clinic in the Netherlands in 1997.

His special interests are the development of clinical microbiology, the effects of systemic antimicrobial therapies in periodontitis, peri-implantitis patients, and the diagnoses and therapy of halitosis. He has published widely in these fields and is a regular guest speaker at national and international conferences.

Prof. Winkel is a former chairman of the Dutch Society of Periodontology, the Nederlandse Vereniging voor Parodontologie (NVvP)), and an active member of several NVvP committees. He is a co-founder of the European Association of Osseointegration (EAO) and the founding president of the International Association for Halitosis Research (IAFHR).