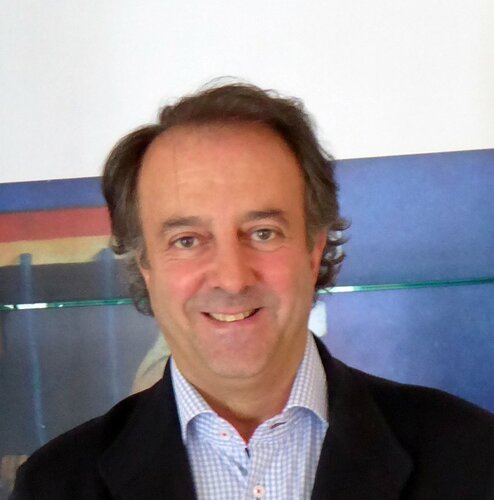 Juan Blanco Carrión, who became president of the EFP after the general assembly in Berlin in April, highlights three priorities for his year in office.

First, he believes that it is “mandatory” to create a professional structure for running the federation. This means “we have to work with professional people that can help us to improve our image with institutions like the European Union and the World Health Organization.”

He adds that it is also important to “gather together all the European national societies that are involved in research projects in epidemiology studies, periodontitis and systemic link, genetic studies, and so on.”

Third, he argues that there is a “fundamental need for a media campaign to help us communicate our vision and knowledge. We need journalists – both specialist and non-specialist – to create the link between ourselves and the general public.”

Juan Blanco, professor of periodontology at the School of Medicine and Dentistry at the University of Santiago de Compostela, in north-west Spain, takes the helm at a historic moment for the EFP, which this year is celebrating the 25th anniversary of its foundation. He says that he feels “very happy” about this but also recognises that this is “a huge responsibility”.

While his appointment as EFP president is “an important achievement, professionally speaking, I also recognise that this is the result of the work of many people, it is not only my job.”

Paying tribute to his predecessor as president, he says: “Søren Jepsen has done a lot of important things for the federation. With him, we started a major media campaign which culminated with an important press conference in Frankfurt in April, and there has also been a great improvement in the EFP website.

“Søren established relationships with members of the European Parliament and the World Health Organization, as well as professional connections with other international organisations such as the International Diabetes Federation.

“But for me the most important thing was that he demonstrated a clear leadership of the executive committee and the whole federation.”

Strengthening the relationship between the EFP and its 29 member societies is another key goal for Blanco, a former president of SEPA, the Spanish Society of Periodontology. This relationship has certainly been boosted by the recent extensive collaboration over the European Day of Periodontology and Blanco sees this very much as the shape of things to come.

“We have to try to implicate all the national societies, the big ones and the small ones. We have to be aware that not all are at the same level, but we have to help those that are less developed.”

The new EFP president has two main hopes for the kind of strategic collaboration which has begun with the meetings with MEPs and the WHO.

He praises the EFP’s increased emphasis on communications, commenting: “It is clear we have improved a lot: since we received the help of Javier García and his Nítida Branding team, our image has changed dramatically in the right way.”

Looking ahead to future challenges, Blanco highlights the need for committed people to work together within a coherent structure, for all the national societies to pursue “the same line, fighting for common projects”, and for what he describes as “probably the most important thing – common sense.”

“I was very happy to hand over the leadership of the EFP to my dear friend Juan Blanco from Spain,” says Søren Jepsen. “In the past, as its president, he has helped to shape the Spanish Society of Periodontology (SEPA), which is now considered to be a leading society within the EFP with so many excellent initiatives, serving as a role model for many other societies.  We all can learn from SEPA. I am convinced he will do a great job as EFP president.”

Reflecting on his own year as president, Prof Jepsen considers the main achievements to have been getting the 2017 World Workshop on the Classification of Periodontal and Peri-implant Diseases under way, along with the establishment of “valuable contacts with very important stakeholders”, such as members of the European Parliament, the World Health Organization, and the International Diabetes Federation (IDF). “It is crucial that these contacts are further developed into solid collaborations in the future,” he says.

The EFP’s immediate past president also highlights the launch of the “Periodontal health for a better life” public-awareness campaign, “culminating in the highly successful European Day of Periodontology, with fantastic initiatives in most of our national societies.”

For Jepsen, the two most memorable moments of his year in office were the “wonderful” EuroPerio8 in London – “It was mind-boggling to see the whole world of perio gathered together in Europe” – and the celebrations of the EFP’s 25th anniversary in Berlin in April.

Assessing the EFP’s current state of health, he says “we are a very healthy organisation” and praises the enthusiasm, creativity and ideas of colleagues who work as volunteers on the EFP board and in the various committees.

“Just think of our dear colleagues Jean Louis Giovannoli, Edwin Winkel and Stefan Renvert, who just left office after serving the EFP for an amazingly long time,” says Jepsen. “Without them the EFP would not be the world-leading organisation in our field that we are today.”