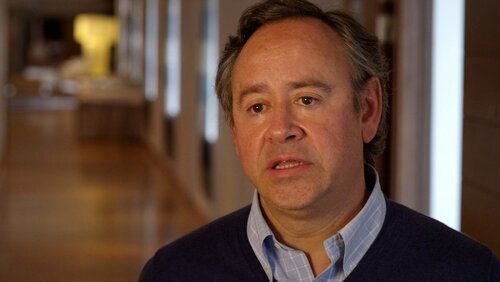 The forthcoming Perio & Cardio Workshop marks a crucial step forward in bringing together medical and dental professionals to develop recommendations for tackling periodontal and cardiovascular diseases.

One of the key roles of the workshop, which takes place in Madrid on February 18 and 19, will be to consider the latest scientific findings on the links between these two diseases.

In this way, the workshop will build on the fundamental work achieved by the EFP’s IX European Workshop on Periodontology, held in 2012, which explored the links between periodontitis and systemic conditions including cardiovascular diseases.

“During the last 20 years, a wealth of scientific evidence has been gathered linking periodontitis and cardiovascular diseases,” notes Mariano Sanz, who chaired the 2012 workshop and will co-chair the Perio & Cardio Workshop.

“However, most of these data derive from observational studies that have clearly associated both diseases, but without providing a clear causal link between them and without explaining the direct mechanisms of these putative associations or the possible implications for prevention and therapy of people affected by both conditions.”

Prof Sanz explains how, at the November 2012 workshop, experts in periodontology from North America and Europe critically analysed this scientific evidence and produced important publications, which have served as the knowledge base in this area.

However, new data has emerged in the years since that workshop and the EFP believes that “it is of the upmost importance to include the cardiologist in this critical appraisal of the scientific evidence linking these diseases.”

It is in this context that the European Federation of Periodontology and the World Heart Federation (WHF) have organised the Perio & Cardio Workshop to “provide new insights into these links and to provide recommendations for both the medical and dental professionals.”

What we know about the links

Sanz, who is chair of the EFP workshop committee, says that epidemiological studies “have clearly demonstrated that patients with severe periodontitis have more chance of suffering cardiovascular diseases, mainly myocardial infarction and stroke. This is more frequent in those subjects that have already suffered a primary cardiovascular event.”

Although clear conclusions cannot be derived from these observational studies, there is nonetheless “ample scientific evidence” of the mechanisms linking the activity of bacteria from the oral microbiome in the development of atherosclerotic plaques. There is also similar evidence on the possible impact of the systemic inflammation resulting from severe periodontitis on the progression of the atheroma lesion and the ensuing consequences of the reduction or occlusion of the vascular flow in the affected vessels.

Noting the absence of intervention studies that demonstrate that periodontal treatment will reduce the incidence of cardiovascular events in patients affected by periodontitis, Sanz says that “we cannot make clear recommendations of periodontal therapeutic measures to reduce cardiovascular risk in these patients.”

However, he adds, “there is ample evidence that periodontal treatment reduces systemic inflammation and some of the parameters indirectly associated with the development of atherosclerosis.”

It is thus likely that the workshop will agree consensus recommendations of periodontal care and preventive measures, mainly for people with cardiovascular risk.

“In light of the great relevance of these diseases, this workshop should serve to highlight the current scientific evidence of the possible associations and the implications of the periodontal care and prevention in those patients with cardiovascular risk,” concludes Prof Sanz.

The plan is then for the EFP communications team to prepare an outreach project – which, like the Perio & Cardio Workshop itself, will be sponsored by Dentaid – to disseminate the key information from this workshop among various groups: oral-healthcare professionals, physicians, pharmacists, researchers, media, patients, and the public.

This would thus be the fourth EFP project, following those on Oral Health & Pregnancy, Perio & Caries, and Perio & Diabetes.