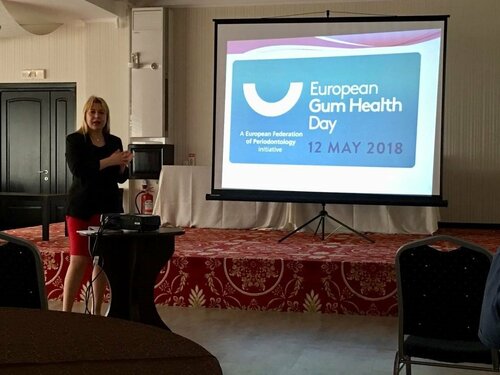 To mark European Gum Health Day, the Romanian Society of Periodontology organised demonstrations for general dentists and periodontists in Bucharest and other cities, aimed at promoting the importance of gum health within complex dental treatment.

In Bucharest, Professor Stefan Sorin Arama from the department of pathophysiology and immunology at Bucharest’s Carol Davila university, gave a course about the side-effects of the medication used in periodontology, such as analgesics, anti-inflammatories, and antibiotics. The audience comprised more than 50 postgraduate periodontists.

In Braila, Professor Anca Silvia Dumitriu, president of the Romanian Society of Periodontology, gave a course to general dentists about the importance of gum health, primary periodontal therapy in the day-to-day activity of the dental practice, and clinical manifestations of periodontal disease in systemic disorders.