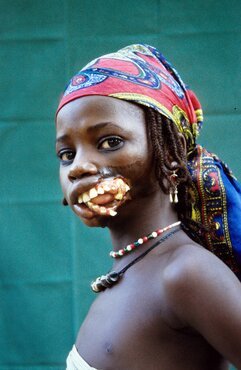 The brutal experiences of World War I - the so-called Great War - brought many a new term into our daily language, including a synonym - Trench Mouth - for a periodontal disease to which soldiers unable to carry out proper oral health care were constantly vulnerable.

In the horrendous conditions amidst the mud and carnage of battle, strategies of attrition involved troops in long  stalemates, with gun care more of a priority than gum care. Supplies were scarce, and sugar-packed fruitcake was a far more welcome ingredient in parcels than tooth powder or brushes. Many soldiers simply abandoned oral hygiene altogether. A mix of bacteria, therefore, could easily lay waste to the gums of undernourished combatants in the form of this non-contagious but painful infection technically known as acute necrotizing ulcerative gingivitis (ANUG), and today called just NUG.

Antibiotics, which did not become available until WW2, were not an option in the trenches. Doctors treated NUG superficially with hydrogen peroxide, but this condition was below a list of more pressing trench disease priorities such as dysentery, typhoid, and influenza, all of which, without the advanced medicines we have today, killed millions.

Trench Mouth was known before the Great War as Vincennes Disease or Vincent's Stomatitis, and is a condition whose risk factors are not linked to armed combat per se, but classically to poor oral hygiene, smoking, poor nutrition and psychological stress. Today, a compromised immune system can also play a role.

These risk factors were part and parcel of life in the trenches but also occur in our societies, to greater degrees depending on social conditions.

NUG is more akin to a traditional infection than modern day periodontal disease. In NUG the bacteria invade the deeper gum tissues and “pain” results as well as unpleasant bad breath and bleeding. Today, Chronic Gingivitis (which can be reversed) and the more severe condition “periodontitis” are not typically painful, and in periodontitis a lot of the damage to the bone that holds the teeth in place is caused by the patient’s own immune system reacting to the build-up of plaque bacteria.

If not correctly treated, NUG can become chronic or recurrent and, in very rare cases, can lead to rapid destruction of the tissues and bone supporting the teeth (NUP – necrotising ulcerative periodontitis). In parts of Africa where nutrition is very poor and immune suppression is a problem, a related condition called “Cancrum Oris” or “NOMA” exists where the destruction even spreads to the cheeks, lips, or the bones of the jaw. It is difficult, however, to say categorically that NUP can become NOMA, as the latter presents as breakdown of soft tissues of the mouth and face, but the same bacteria and processes are reported.