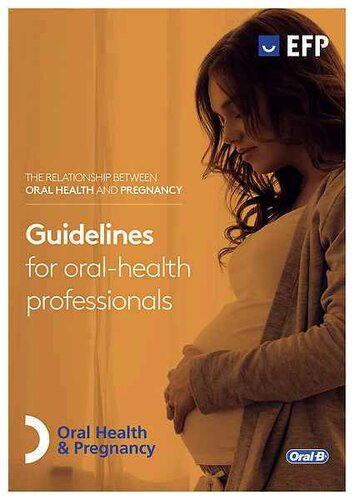 The second stage of the Oral Health and Pregnancy project is now well into its second stage as most of the 30 national societies of periodontology affiliated to the EFP are preparing their own projects based on the material.

Activities being planned include courses, seminars, television interviews, working with hospitals and gynaecologists, as well as publishing material on websites and social media and distributing it via email. Some activities are being planned to coincide with European Gum Health Day on May 12.

A total of 18 EFP-affiliated national societies are translating materials produced by the Oral Health and Pregnancy project – which the EFP launched in September 2017 in partnership with Oral-B – and/or planning specific activities to highlight the issues involved.

The project’s page includes scientific papers, guideline documents, brochures, infographics, and a press release – all of which have been made available for the national societies to use.

All this material highlights the importance of periodontal health during pregnancy and the links between periodontal disease and adverse pregnancy outcomes such as premature birth, low birthweight, and pre-eclampsia. There are specific guidelines for dentists, other health professionals, and women.

Of the participating societies, 13 are translating some or all of the material into the relevant languages, which they will then provide to their members and (in some cases) use for specific campaigns or other activities.

These societies are those of Austria, Croatia, France, Germany, Greece, Hungary, Italy, the Netherlands, Poland, Serbia, Spain, Sweden, and Turkey.

The other five societies – those of Belgium, Denmark, Finland, Portugal, and the United Kingdom – will take the existing English-language materials and use them in a variety of outreach activities.

The EFP is supervising the edition of the local versions, to ensure that everything is consistent with the “look and feel” of the original material produced for the Oral Health & Pregnancy project.

The national societies will be able to take the project into its third stage by contacting local offices of Oral-B to discuss funding for specific actions at the local level about oral health and pregnancy, based on the scientific research and key messages produced by the Oral Health & Pregnancy project.

Several societies – the French, Danish, and Polish, for instance – have already started to do this.

Oral Health and Pregnancy is the first outreach project that the EFP has launched with its partners.  It has been followed by the Perio & Caries project, launched in mid-January in partnership with Colgate, and further projects are being discussed with the remaining EFP partners.

These projects, whose content is created by the EFP’s communications team from scientific material prepared by teams of leading periodontists and other relevant experts, are supervised by the EFP’s European projects committee, a body created at the federation’s general assembly in Santiago de Compostela (Spain) in April 2017.

"EFP European projects are key in the integration between the EFP mission and the strategic objectives of the member national societies," said Mariano Sanz, co-ordinator of EFP Projects. "Oral Health and Pregnancy is the first of many projects that will make this objective a reality."