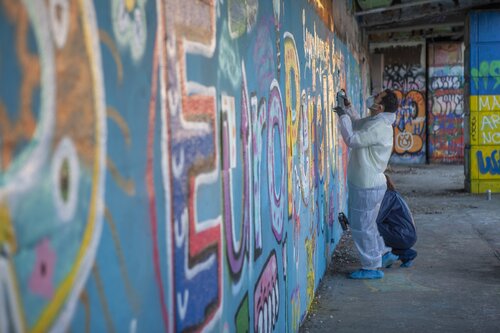 The ambassadors are elected representatives of the EFP’s 31 full- and associate-member societies, who are tasked with communicating information provided by the EuroPerio10 organising committee to their respective national societies of periodontology.

The “final count-down” meeting of the EuroPerio10 ambassadors took place in Vienna in late March, before the EFP executive committee and general assembly meetings.

“The ambassadors hold the ‘beating heart’ of communication to EuroPerio’s core participants, and thanks to their hard work during the challenging time of the Covid-19 pandemic, there is a huge interest in EuroPerio10” said Tali Chackartchi, chair of the EuroPerio10 ambassador programme.

Dr Chackartchi said that the ambassadors had communicated the scientific programme of EuroPerio10 – which features more than 130 speakers from over 30 countries – and had also promoted the EuroPerio photo contest and highlighted “the concepts of sustainability” adopted by the Copenhagen congress.

“The ambassadors presented the challenges and requirements of the members of their societies,” she added. “Some were Covid-related and others concerned domestic conflicts. We were able, together, to offer creative solutions to enable as many participants as possible to attend EuroPerio10.”

The 22 ambassadors present at the meeting in Vienna were joined by members of the EuroPerio10 organising committee – Phoebus Madianos (chair), Andreas Stavropoulos (EFP president, 2022-23), and Spyridon Vasilopoulos (committee member and EFP officer, and chair of the EuroPerio9 ambassador programme).

Also present were members of the organising team from Mondial Congress & Events, the EFP’s professional conference organiser, which presented what Dr Chackartchi described as the “impressive” numbers of registered participants for EuroPerio10 and abstract submissions.

“The high number of registered participants, abstract submitters, and the support from the industry we have witnessed so far, are strong evidence of the power of the periodontal societies that are part of the federation, as well as the power of periodontology as an important pillar in dentistry,” she commented.

During the meeting, promotional videos for EuroPerio10 were made, with each ambassador speaking in their own language. These videos, designed for dissemination via social media, are available on the EFP’s YouTube channel.

The ambassadors also took part in a group activity at the Donaukanal in Vienna, where they put on overalls, gloves, and masks and spray-painted a huge wall, creating together a vast EuroPerio10 graffiti. They took public transport to reach the location (in line with the EFP’s sustainability manifesto) and the activity took about three hours. Working together, each ambassador was able to create a different part of the mural.

“The EFP is not only a federation of professionals, but also a community of friends sharing the same passion and desire to promote education and awareness in the field of periodontology,” said Dr Chackartchi. “The ambassadors reflect this enthusiasm, becoming a group of friends which actively welcomes their colleagues to participate in the federation’s largest and most important event that we all very much look forward to.”