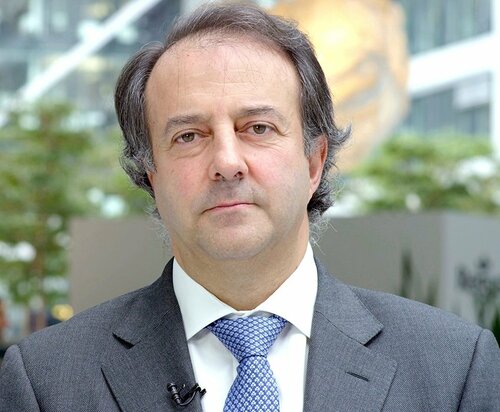 The last 12 months have been a busy time for the EFP, which has been very active in a wider range of areas, seeking to put into practice its motto of “periodontal health for a better life.”

For Juan Blanco, who stood down as the federation’s president at the EFP general assembly on April 1, held in his home town of Santiago de Compostela (Spain), the achievements of the last year are almost too many to mention.

“I think we have undertaken a lot of important tasks during this last year,” he says, “but I would like to highlight in particular the clear improvement in communication (the result of a great job from our communications committee, chaired by Tiernan O´Brien), the important impact of the European Day of Periodontology  on May 12 last year (this year called ‘European Gum Health Day 2017’) in which the vast majority of national societies participated, and our relationships with various institutions such as ORCA (for Perio Workshop 2016), the International Diabetes Federation (for Perio-Diabetes Workshop 2017), and the Platform for Better Oral Health in Europe.”

In addition, Prof Blanco highlights the celebration of the EFP’s 25th anniversary, the “great success of Perio Master Clinic 2017 (directed by Korkud Demirel and Stefan Renvert) and – last but not least – securing our future with the new strategic plan for the next four years, which was approved at the general assembly.”

Looking back on his year as EFP president, he recalls two special moments – one at the beginning of his time in office, the other at the end.

“The first one was last year in April when I took over the presidency of the EFP,” he says. “Suddenly something special came into my head which is difficult to describe. I understood that from that moment on and throughout the year ahead, responsibility and common sense were going to be of utmost importance and that I should be fair to everyone in the EFP, combining those two qualities which I learnt from one of the federation’s pioneers, Jean-Louis Giovannoli: ‘efficacy’ and ‘democracy’.

“The second ‘special moment’ was welcoming the EFP family to Santiago, a small but important university city that was able to bring together probably the most important people in periodontology across the whole of Europe. For me, this was a great honour.”

Turning to the new four-year strategic plan, Prof Blanco explains that is was “mandatory” to prepare a new plan that reflected the way that the EFP has evolved over the last four years under the previous one.

“We have grown a lot in the last few years, not only in terms of numbers but also in potential projects and this absolutely requires a new strategy,” he says. “We have to take the advantage of this momentum and impulse, and I have no doubt that – guided by our general secretary Iain Chapple and by our president Gernot Wimmer and his successors in coming years – the implementation of this plan will be fantastic.”

Looking at specific aspects of the strategic plan, Prof Blanco highlights the immediate creation of the European Observatory on Periodontology and Implant Dentistry and the European Projects Committee. He also mentions the need to strengthen relationships with European medical societies and to continue to disseminate the EFP’s scientific knowledge via both undergraduate and postgraduate education.

Reflecting on the EFP’s strengths today, he says he has “no doubt” that the federation’s scientific products – the Perio Workshop, the Journal Clinical of Periodontology and its sister publication JCP Digest – top the list, along with the EuroPerio congresses, the Perio Master Clinic meetings, the accredited postgraduate programmes in periodontology, and the establishment of the European Day of Periodontology (this year called ‘European Gum Health Day 2017’). But above all, he believes that “the most important issue is the union between all the groups (the national societies) in the EFP.”

Looking ahead, he says that “we have to be intelligent” and focus on consolidating on what has been achieved so far before taking up new challenges such as the European Observatory, the European Projects Committee, and increased efforts to disseminate periodontal science and awareness of gum health to the whole of society – the entire dental team, medical professionals, institutions, communications media, and the general public – to ensure that the EFP really becomes “the global benchmark in periodontology.”

Prof Blanco has a brief message for Gernot Wimmer, his successor as EFP president: “Dear Gernot, you have in front of you a very short, intense but nice time and a great project. Work as much as you can, be honest and fair with everyone, and remember those two words: ‘efficacy’ and ‘democracy’. Good luck!”